We don’t hear that a lot in New York, and not just because most of the streets of Manhattan’s tourism districts are mostly numbered logically.

It’s because just about every corner has street signs. They’re easy to miss, until you need them. But it seems they didn’t always exist. At some point in New York’s history, the streets were there, but residents and visitors were apparently on their own to know which was which.

Building owners seem to have stepped into this vacuum, embedding street signs into the sides of buildings on corner lots. Some of these seemingly-unique, even “bespoke,” street signs persist in my Brooklyn neighborhood. 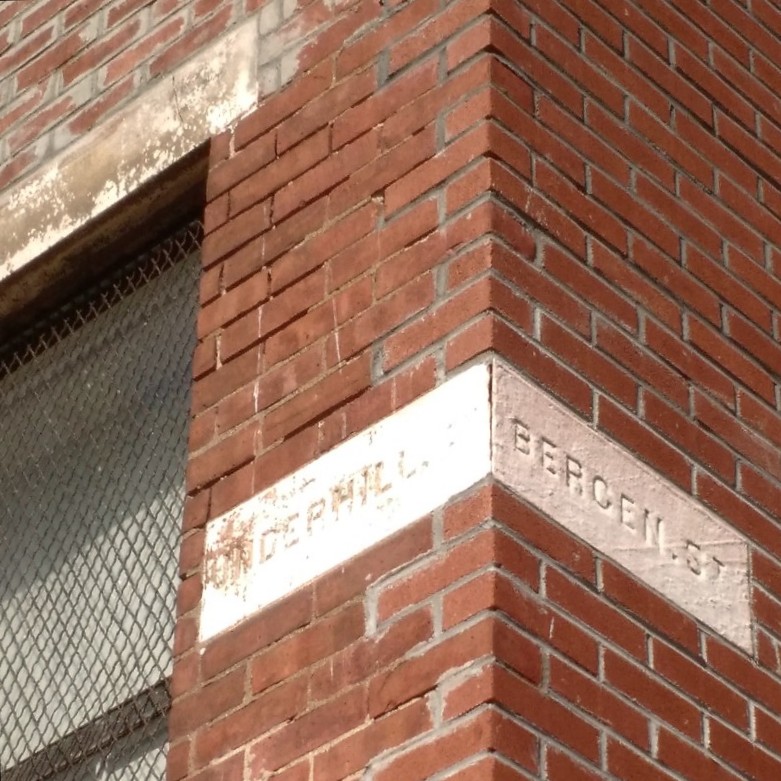 I’ve started photographing these signs when I see them. They’re a neat window into the past: buildings that still house people’s breakfasts and bedtimes, just as they did one hundred years ago, but that served a now-obsolete ancillary purpose. Things were just a little different.

I mean exactly this – I’m not trying to imply something political – but a really fundamental government service wasn’t provided, and people seem to have gotten along okay. (But then decided they wanted government street signs!) It’s a puzzling difference; it’s hard to imagine life without street signs.

Some of these embedded street signs were fancy. 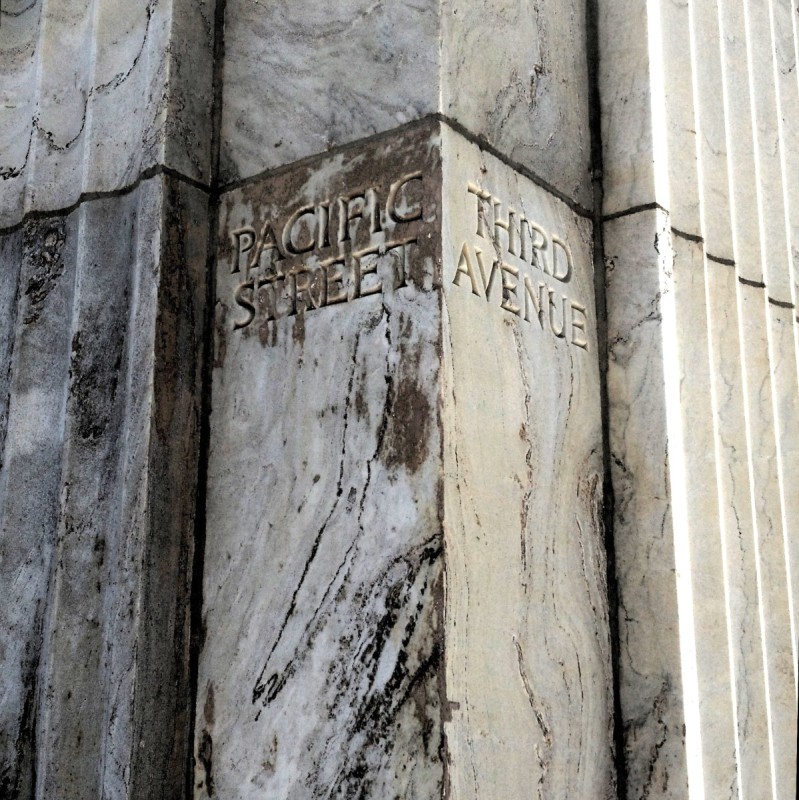 Others, quite utilitarian. (And I wonder if this one truly predates the official street sign since it’s not carved into the building. OldNYC doesn’t have any photos of the intersection that could answer the question.)

And some don’t seem to have weathered the decades with as much as grace as would be hoped.

Others, shockingly well. But here’s a mystery: where does Wyckoff Street intersect with Washington Av.?

Turns out, St. Marks Ave. used to be called Wyckoff Street. A street with that name still exists, but only goes from Court St. to 3rd Ave., where its name switches to St. Marks Place. At Fifth Ave, it becomes St. Marks Ave, which continues on to Eastern Parkway (and one block past, actually).

Assuming the architect of this building wasn’t either a nostalgic or a Rip Van Winkle, we know the building was built before 1873. A map from that year shows this stretch labeled as St. Marks Av. (though some of the streets just a few blocks south, Baltic, Butler, Douglass and Degraw haven’t been relabeled to Park, Sterling, St. Johns, and Lincoln, the names they acquire on Fifth Ave in Park Slope.) An [1870 map] (and 1869, 1855 ) shows Wyckoff continuing all the way east to the city line (about where Eastern Parkway is now).

There was some building at this corner in 1869; it has the same extent as the brick building present in 1880. So, my guess is that this building is nearly 150 years old. (Another mystery: why is this sign two stories up, instead of the typical one?)

What went through that architect’s mind? Did he, whoever he was (and whoever he was, he was almost certainly a man, of course) sleep a little easier having maybe kept some new immigrant to rapidly-urbanizing Brooklyn from being totally disoriented?

To be quite honest, I don’t know when government street signs went in. In photographs on the New York Public Library’s OldNYC site – sort of a Google Street View for the past – they seem mostly present in photographs from the 1930s onwards.

The Knox Hat Factory, just one block east, was according to this profile by “Montrose Morris” in Brownstoner, was built in 1900. It has an embedded street sign too. A beautiful, clean “Grand Av” and… a chickenscratch, makeshift “St Marks” 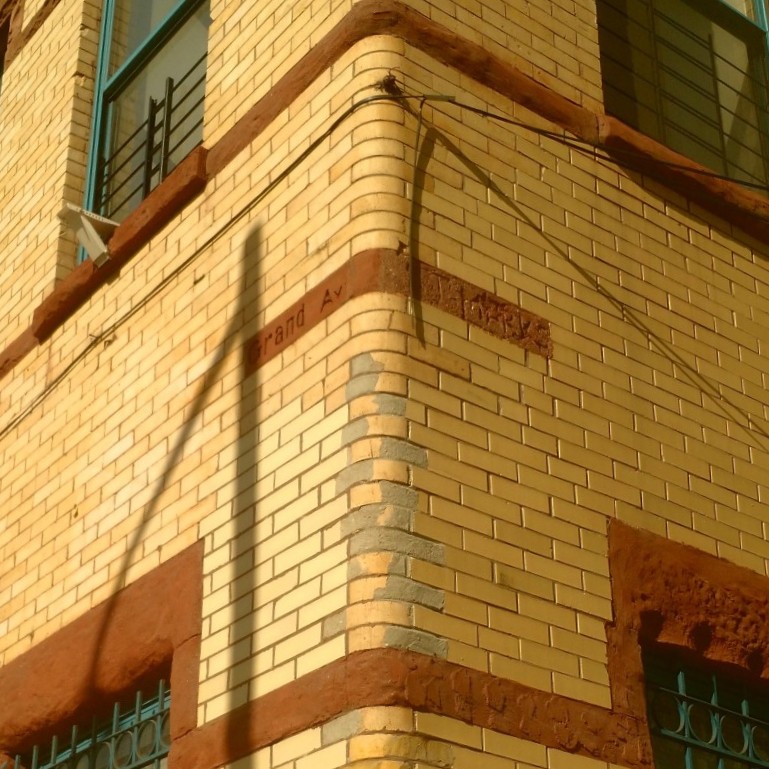 Now, with the street name to St. Marks changed about 30 years before the building was built, that’s a mystery.

If you want more, Kevin Walsh of Forgotten NY has wrote in 2008 about embedded street signs all over Brooklyn and Queens.